My World of Islam

Ijma‘ (“concord”) — one of the bases of Islamic religious law, the unanimous doctrine and opinion of the recognized religious authorities at any given time

In recent years we have witnessed well‑organized and generously financed attempts to impose on Muslims the world over, including Russian Muslims, traditions and customs, ritual practice and social points of reference that stem from the spiritual, social, and political experience of a numerically and culturally marginal section of the Islamic world. In a number of cases, the adepts of this ideology have augmented large‑scale propaganda campaigns with armed force.

Islam has many faces. Its regional forms are usually self‑sufficient and undoubtedly of equal worth. It is obvious that only a “local Islam”, nurtured by the full range of religious traditions and preferences, inextricably bound up with the history of a particular people with its victories and tragedies, can adequately meet the spiritual needs of the faithful. Only such a version of Islam, being a part of the great Muslim civilization, can be an important force for stability in society.

The Ijma’ = Concordia project was initiated by Peter the Great Museum of Anthropology and Ethnography, Russian Academy of Sciences. The museum expresses their gratitude to Russian Asiatic Society and Rosbalt News Agency for their support, especially during the initial, the most difficult period. The project consists of documentary shorts, based on interviews with most respected Islamic scholars, religious leaders and public men, living in Arab and Muslim countries as well as in Russia, China, the USA, Europe, and other countries. In general, the world of Islam will present its unanimous opinion — ijma‘. Representatives of other religions, leading scholars, writers, people of culture, politics and religion also take part in the project.

Within the frames of the project serious research program will be realised.

The project’s materials will be presented on the project’s web-site, published in a book form in Russian, Arabic and English. Several stories will appear in “the 60th parallel” journal. As a part of the project topical art, ethnographical and photo exhibitions will be organized. The example of the latter is the exhibition “The Land of Incense.. Yemen: images of traditional culture”, organized by the Museum of Anthropology and Ethnography, Russian Academy of Sciences (St. Petersburg, Rhodes — 2007; Moscow, Surgut — 2008), as well as photo exposition “Ijma’ = Concordia” (photographer Tatiana Fedorova), which was a part of the World Public Forum “Dialogue of Civilizations” Fourth Annual Session (2006, Rhodes, Greece).

The project was presented at the UNESCO headquarters in Paris as a part of the program of the international congress “Pluralism and Recognition” (June, 2006), at the World Public Forum “Dialogue of Civilizations” Fourth and Fifth Annual Sessions (October, 2006 and October, 2007, Rhodes, Greece), at the International Regional Conference of the «European Civilization Space: Baltic Dialogue» World Public Forum “Dialogue of Civilizations” (June, 2007, Tampere, Finland), at the International Conference “Intercultural and Interconfessional Dialogue Aiming at Sustainable Development” (UNESCO and the Academy of Public Administration attached to the President of the Russian Federation, Moscow, September, 2007). At the moment the project is carried with the support of Academician Eugeniy Primakov (Russia); Academician and the State Hermitage Museum Director Mikhail Piotrovsky (Russia), outstanding politician, philosopher and writer Prince Hassan bin Talal (Jordan).

Every film is a story about museum collections, books and people’s lives. They all tell about Russia and Islamic world cooperation.

The project “Ijma‘=Concord” is an attempt to gain an understanding of the tangle of problems connected with the modern Islam. It is an independent, non-governmental, civil initiative, the direct speech of the Muslim world aimed at all of us, both Muslims and non-Muslims.

Expedition within the Framework of the “Ijma‘=Concord” project (Sumatra Island, Indonesia)

Preliminary results of the historico-ethnological expedition “Muslims of Chinese Turkestan: Uyghurs of Xinjiang and Salars of Qinghai” by Peter the Great Museum of Anthropology and Ethnography (Kunstkamera), Russian Academy of Sciences

Preliminary results of the joint Russian-Kazakhstan historical-ethnographic expedition following the project "Samuel Dudin - photographer, artist, ethnographer. The materials of the expedition to Kazakhstan of 1899." 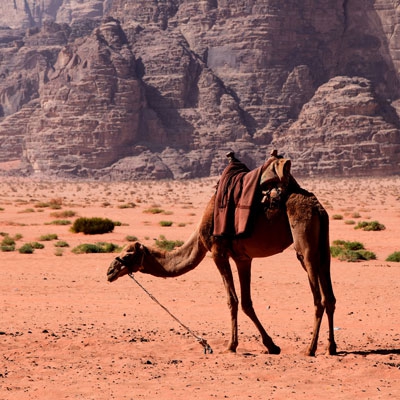 JEYNOV - "WE ARRIVED" (The Arabs of Uzbekistan - images of traditional culture)

The Land of Incense (Yemen: Images of Traditional Culture)

Between Turkestan and Tibet: the Salars

"My Worl of Islam" series 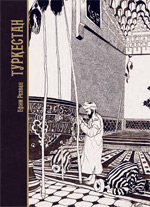